UN ocean science series just launched, in collaboration with the University of Bergen 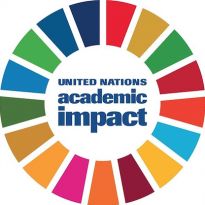 UN ocean science series just launched, in collaboration with the University of Bergen

In October 2018 the University of Bergen was given a lead role on SDG14, Life below water, by United Nations Academic Impact. Now the university has been asked to present a five-part series for inspiration on ocean research and education. The UN distributes the series globally.

United Nations Academic Impact (UNAI) presents ocean research and education from the University of Bergen. Every Monday in June 2020 a new presentation of SDG14 – Life below water – will be presented by the UN in the inspirational Sustainable Ocean Series. The series launched Monday 8 June – World Oceans Day.

- VOLUNTARY COMMITMENTS FOR THE OCEAN -

The five select articles on the ocean are based on basic research, science advice and innovative education, with a focus on the 2030 Agenda. The articles in the series are translated into all the UN’s official languages: Arabic, Chinese, English, French, Russian and Spanish.

In October 2018, UNAI announced the University of Bergen as its official Hub institution for SDG14. Since the UN Ocean Conference in June 2017, the university has worked closely with governments and the UN system to engage critically with the SDGs.

The University of Bergen has devised effective and result-oriented direct channels with governments and the UN system to provide research-based knowledge for decision-making on the 2030 Agenda. This includes working closely with a number of permanent missions to the UN, by co-arranging side events at major UN conferences.

Learn more about University of Bergen involvement in SDG14