From a Swedish "fika" to an interdiciplinary network 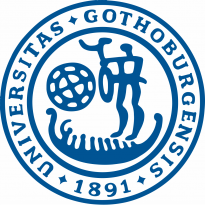 From a Swedish "fika" to an interdiciplinary network

More groups, organisations or clubs are formed to achieve one primary goal – make this world a better and more sustainable place. This pattern has been clear at the University of Gothenburg and Chalmers University of Technology. Together they host around 50.000 students, including a big number of international students from all over the world. As more and more student initiatives and associations appeared within the two universities, the Gothenburg Students for Sustainability Alliance (GSSA) was formed with the support of Gothenburg Centre for Sustainable Development (GMV).

The student alliance has over the years grown both in volume and strength and now includes around 15 different organisations and student-driven projects. What started as a traditional Swedish "fika" to discuss collaborations has now developed to one of the most active student networks for sustainable development in the country.

The GSSA network itself focuses primarily on facilitating collaborations and joint projects between the members. Network Coordinator Moa Persson at GMV hosts monthly meetings where the organisations come together to discuss and plan for future activities. Once per semester the alliance also meet with the Vice-Chancellors at the respective universities to discuss different strategies to increase sustainable development – not only within education – but at the universities as a whole.

One of the major projects that the network hosts is "Veggie at my place", a social project mainly based on the TV-show "Dinner at my place" where strangers meet up and take a turn to cook dinner for each other. The idea of the project emerged in the spring of 2016 when the GSSA network got together to watch the movie Cowspiracy.

– We decided we wanted to eat more plant-based food and needed a fun way to learn new recipes, says Moa Persson, who coordinates the project.

"Veggie at my place" gather students from both universities in the city and matches them into groups of 4. During a period of 6 weeks, the students invite each other home and cook a plant-based dinner.

– Over the years we have involved hundreds of students in this project. This semester we also open up for staff to participate. It is not just a nice way to get ideas for sustainable cooking, but also an opportunity to meet people that maybe would have been difficult to meet otherwise, says Moa Persson.

The first dinners will be hosted later in April and the project is concluded with a big gathering where all participants are invited.
For more information and access to the recipe data bank visit www.veggieatmyplace.com