Pam Fredman new President of the International Association of Universities 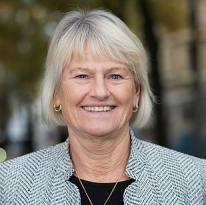 Pam Fredman new President of the International Association of Universities

The University of Gothenburg’s Vice-Chancellor has been elected President for a term of four years at the IAU’s fifteenth general conference in Bangkok 13–16 November.

She succeeds Professor Dzulkifli Abdul Razak from Malaysia. The assignment as President will correspond to a half-time post, and the timing could not be better as Fredman will end her eleven-year period as vice-chancellor of the University of Gothenburg on 30 June. 2017.

‘I’m very honoured and look forward to working with higher education in an international perspective. One important task of the IAU is to coordinate universities around the world in their work for sustainable development,’ says Vice-Chancellor Fredman.

Fredman believes strongly that education at all levels will be critical to successful achievement of the 17 sustainability objectives declared by the UN in September 2015. The IAU also participated in the process that led to the adoption of education as one of the 17 UN objectives, which shall be achieved by 2030 (Agenda 2030).

‘The importance of higher education for successful completion of Agenda 2030 and the 17 sustainability objectives was also emphasised during the IAU conference in Bangkok.’

The agenda of the 3-day IAU conference included a presentation by Fredman of the University of Gothenburg’s climate strategy. The strategy was implemented 2010–2015 and led to an 18.5 per cent reduction in the University’s carbon dioxide emissions from energy consumption and travelling. According to Fredman, the examples illustrate the importance of linking the climate challenge to the universities and higher education. 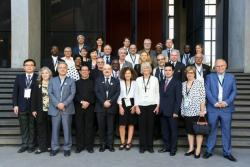