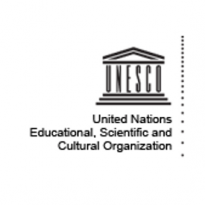 Based on a recommendation of the World Summit on Sustainable Development (Johannesburg, 2002), the United Nations General Assembly decided to dedicate a UN Decade to ESD (2005-2014) in December 2002. It designated UNESCO to coordinate global efforts to make education relevant for addressing present and future sustainable development challenges.

ESD after the Decade

While great advances have been made, a great deal remains to be done. The potential of ESD to shape a sustainable future remains crucial at the end of its Decade. In a world facing ever more complex sustainable development challenges, it is as important as ever to make use of the promise that ESD represents.

The ESD journey will go on after 2014. At the United Nations Conference on Sustainable Development, countries acknowledged the importance of ESD in the outcome document, and made a commitment to strengthening it beyond the end of the Decade.

The 2014 ESD World Conference therefore not only marks the end of the ESD Decade, but an important milestone for pointing the way ahead.